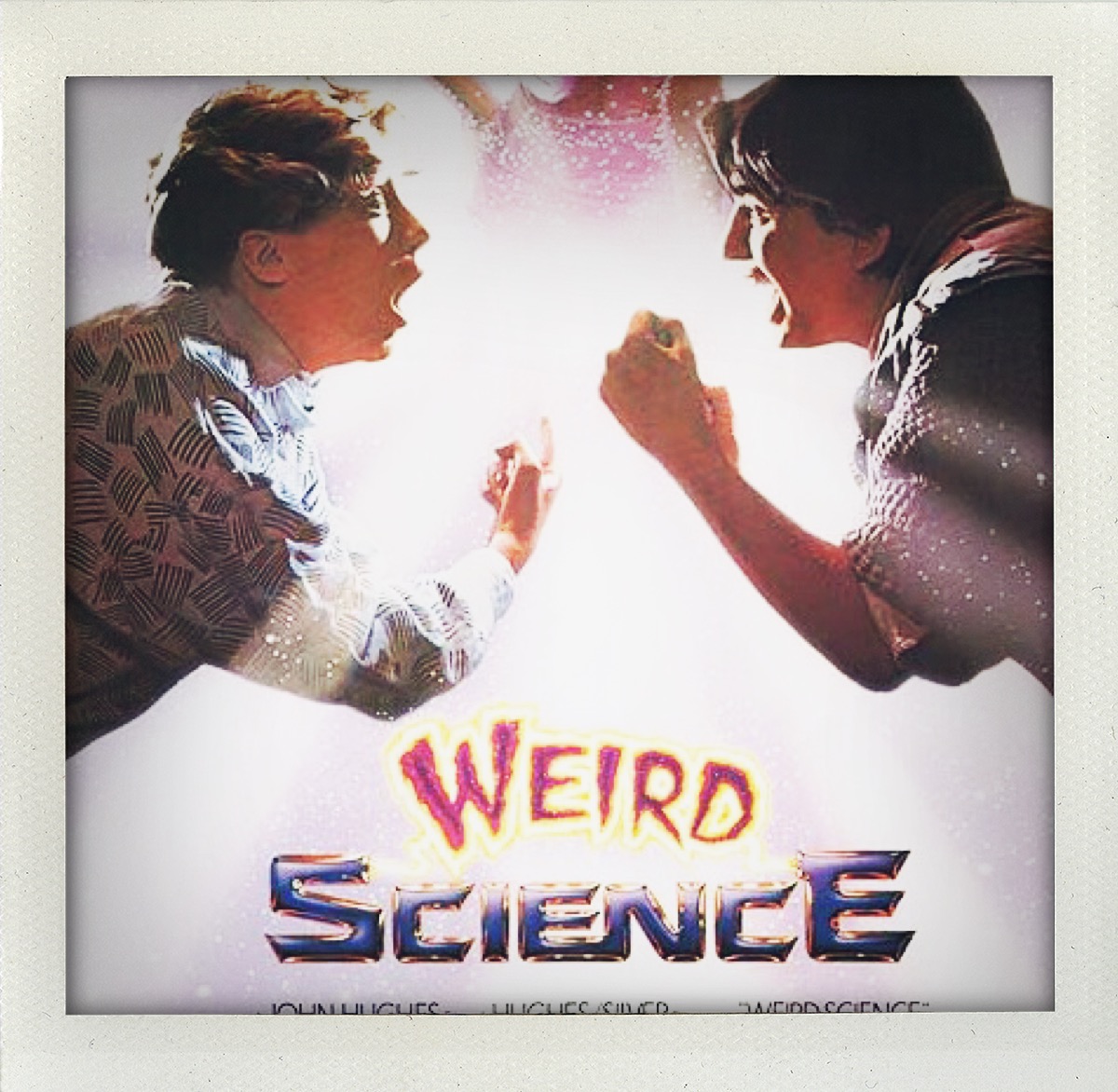 I think it’s clear that John Hughes films aren’t for me. Not sure what the reason is but they’ve never really clicked. Was I born too early? Or too late? Whatever the reason, just don’t get it.

Weird Science is not going to change this.

By the time Of this film’s release, Hughes already had himself a bona fide hit this year in the shape of The Breakfast Club. Whilst that film was a fairly straightforward tale of teens in detention, Weird Science is more of a goofy slice of sci-fi.

The film opens with two teenagers, Anthony Michael Hall and Ilan Mitchell-Smith, being humiliated in front of a load of girls. Later that night, the parents of Mitchell-Smith leave for the weekend so Anthony stays over. Using 80s science logic they decided to use the computer in the house to create their ideal woman. Hilarity ensues.

For a zany goofy comedy it’s surprisingly unzany. What doesn’t help if the usual John Hughes leads that seem to have been injected with all of the smugness. You have Anthony as the jokey geeky one, fresh from his role in The Breakfast Club and Mitchell-Smith as the straight guy. Neither really hits the right tone of goofiness that the film needs. They aren’t straight enough to make the film work in a Naked Gun style and aren’t funny enough to lift the material they’re given. The worst thing is that you have Robert Downey Jr, a guy who probably could have hit the right comedic tone for the film, off to one side in a cameo role as one of the bullies.

The film isn’t helped by the shifts in tone that are brought in by Kelly Le Brock, the woman the boys created. She, apparently, having been created by laying a magazine on top of a random part of a computer has reality altering powers that let her produce a Ferrari out of thin air or let the boys pass the age restrictions to get into a bar.

It’s all a big male wish fulfilment thing that perpetuates in culture, landing momentarily on the shores of Manic Pixie Dream Girl Land. Only here the boys create their perfect girl who is willing to have sex with them but also sees how cool they really are and help to get them to see it.

The film then throws in a mutant cyber biker game in one of films daftest moments, although this is tied to the boys trying to create another woman and instead having a full size inter continental ballistic middle appear in their house.

The gang arrives to break up a party and kidnap the love interests which brings to what is probably the best moment of the film and the sole reason that justifies its existence. See, the leader of the gang is Vernon Wells.

Who he? Only one of Lord Humongous’ main guys from Mad Max 2. Remember? With the Mohawk?

That’s him. And he shows up here, in the same costume as pretty much the same character. And whilst he was on the set filming his scene the producer of Weird Science, one Joel Silver, saw him and thought “hey, he’s got something, he’d be good as the bad guy in that film I’m doing, Commando.”

Yes, that Commando. The one where he lets off some steam.

That’s it really. The heroes realise stuff, everything gets magically sorted out and we have our film.

This one should be left in the 80s and not really talked about, except as a point of trivia about a much better film with Arnold Schwarzenegger.