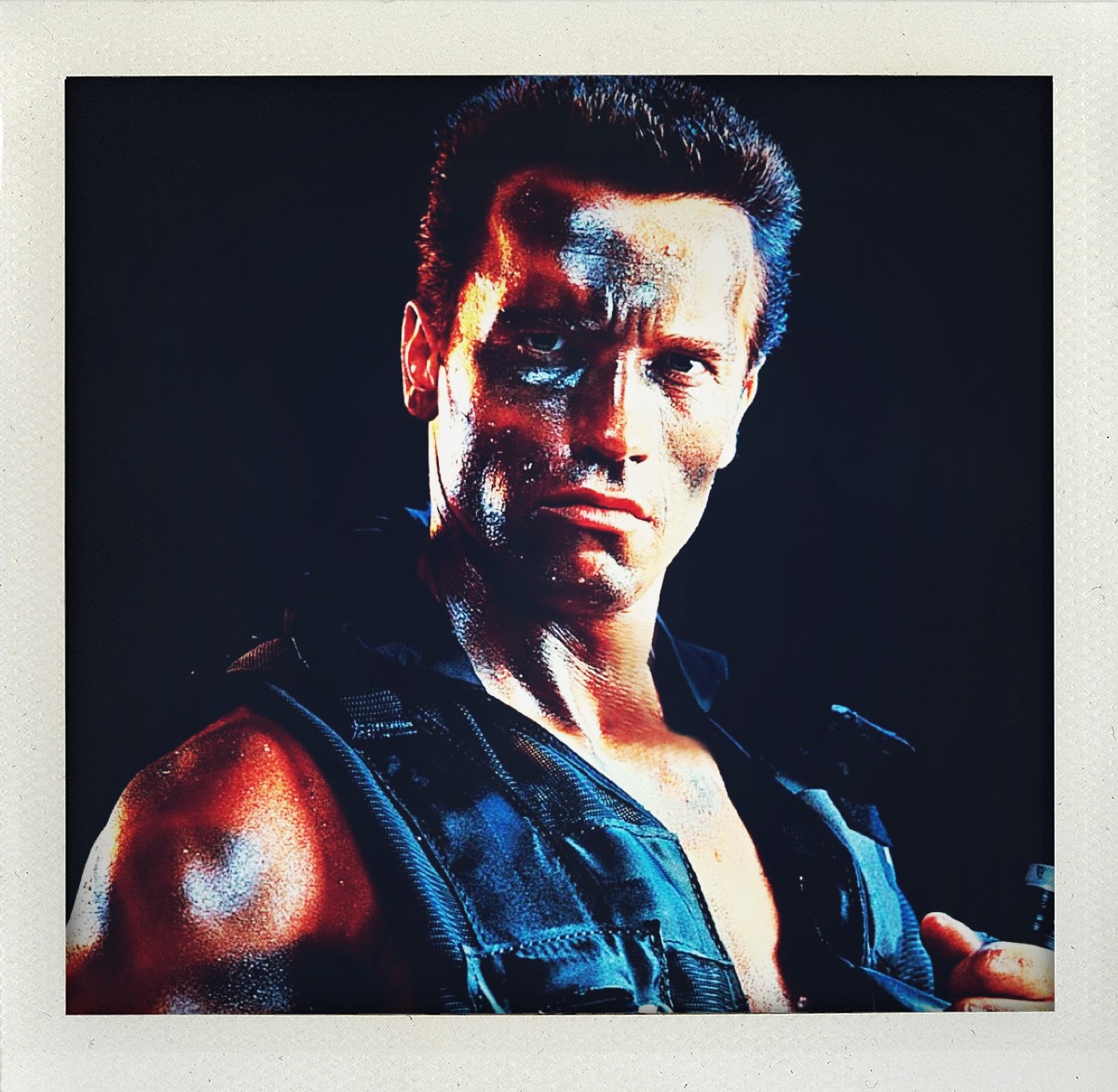 There comes a time, if an actor is lucky, when they find their groove. They get a role that will define them for a mainstream audience and make then a superstar.

For Schwarzenegger, that film was Commando.

Now, Arnie had already made his name by this point. Pumping Iron got his foot in the door, Conan proved that he was an attraction if still a bit rough around the edges. The Terminator made him iconic but Commando was all about the Austrian Oak. There’s barely a part of the film where he isn’t on camera, muscles bulging and face set in grim determination.

Let’s get this out of the way firstly: Rambo II was the much bigger success of the two raking in over $100m which overshadows the $30m or so this film took. However, at this point Stallone was a bona fide A-lister with two mega franchises under his belt. Arnie’s main calling card was his role as the title character in James Cameron’s The Terminator. There everything has played off his physique, the lines for his character stripped back further and further until he was essentially a force of nature. Or rather, robot nature.

Commando wasn’t a film made for him, initially it was packaged as a vehicle for Gene Simmons, the lead singer of Kiss. When that fell through Nick Nolte was considered for the lead, this would have changed the film considerably; the story then would have been around an out of shape ex-soldier trying to regain his former edge to rescue his kidnapped daughter, if he even could. As soon as Arnie was cast the film became less “if” she is rescued and more “when”.

Arnie is John Matrix, retired to the hills where he chops down trees and carries them downhill on his shoulders, plays with daughter whilst eating ice cream and feeds baby deers. This idyllic retirement is not to last however as his old commander shows up to warn him as members of his old team are showing up dead, killed by people unknown. Said people promptly show up and take Matrix’s daughter, a young Alyssa Milano, and use her to blackmail Matrix. His is to return to a South American country and overthrow the President so that he previous villainous dictator, the one behind the plot and who Matrix helped overthrow, can return to power. Suffice to say, Matrix doesn’t follow these orders and carnage ensues.

The film is ridiculous and in one fell swoop fully establishes the Arnie action film template. It has the streak of humour, the over the top action sequences and harsh languages. The creators of the film clearly looked at the former Mr Olympia and realised that you have to go big in order to justify his presence.

The original script was written by Jeph Loeb, who also had Teen Wolf in the cinemas this year. He would go on to make a name for himself in the TV and comic writing fields before ending up heading up the TV side of Marvel Studios.

It was directed by Mark L Lester who wasn’t exactly a big name previously, and wouldn’t exactly set the world on fire after Commando. His only other highlight is probably Showdown in Little Tokyo, which just about says it all.

Here though, he proves that he knows what to do with Arnie; line up people in front of him and watch him punch his way through them. It’s a very simple equation but one that go go very wrong, as would be seen later in Arnie’s career. This is him at the crest of a wave, probably not at his physical peak as he was during the 70s when he was winning Mr Olympia’s for fun but that doesn’t matter. He and Stallone would define the ‘hard body’ look that dominated the 80s, channeling the politics of Reagan in their blue collar heroes doing what was right in front of a foreign enemy.

Commando is a delight, a romp, a stupid film that isn’t afraid of it’s stupidity. It revels in it, it’s 90 minutes of over the top violent fun that ends up being a defining film of it’s genre.