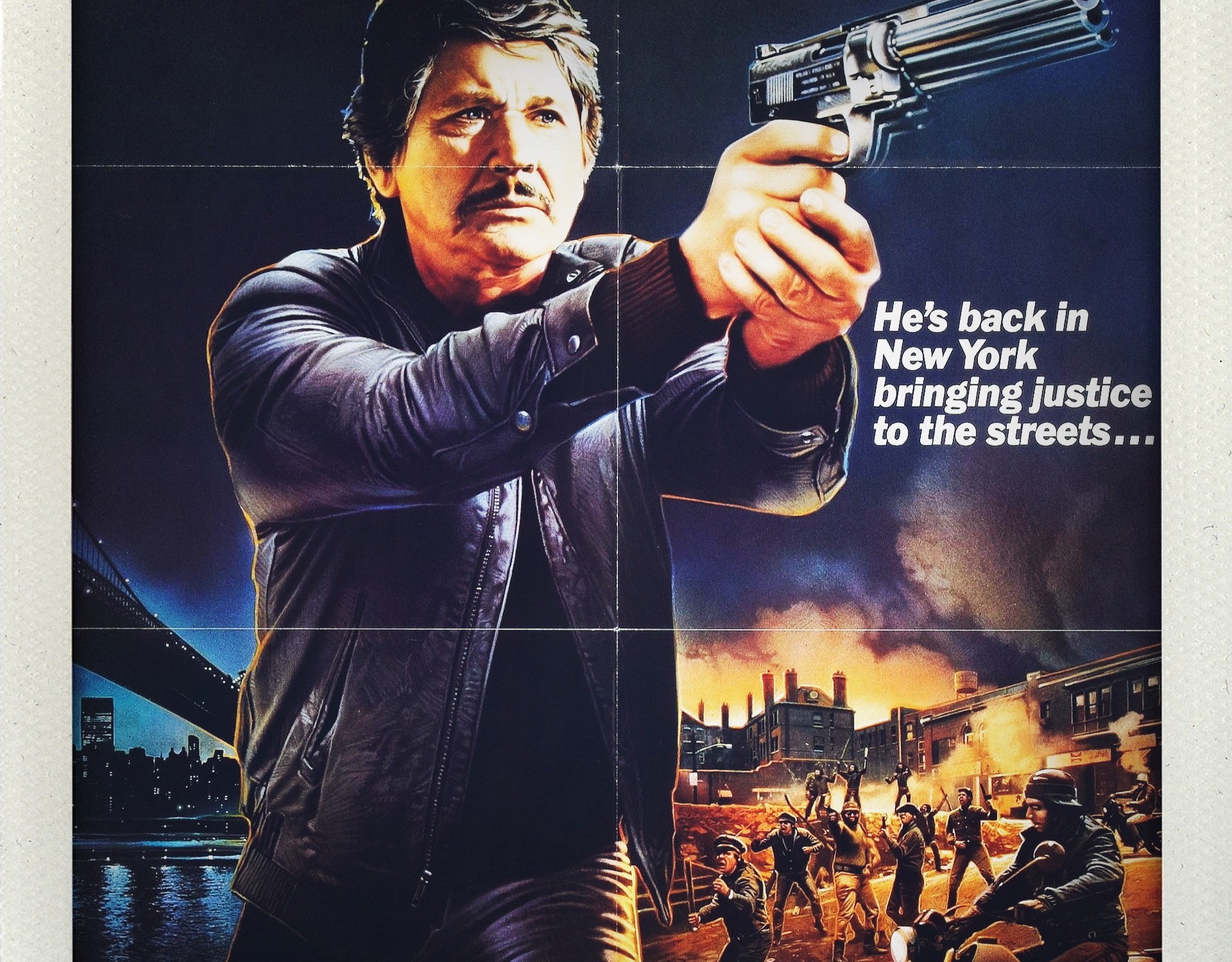 Vigilantes, in the final result, are probably wrong but they do make for good movie content.

Seriously, just look at all the people you have through movie history that go about dealing out their own justice: De Niro in Taxi Driver; Mad Max; Shaft; hell, you could even add Robin Hood and Spider-Man into that. The point is, they make good film that people like an awful lot. One of the original popular vigilante films was the Death Wish series.

The first film came out in 1974 in the wake of Dirty Harry. Directed by British director Michael Winner and starring Charles Bronson as the lead, the followed Bronson who was out to avenge the murder of his wife and daughter’s sexual assault by shooting as many criminals as possible on the streets of New York with a very big gun. Whilst the original novel denounced the concept of vigilantism, the film revelled in it making an icon out of Bronson. The film resonated with audiences who were facing rising crime rates and an overstretched police force. The sight of a man taking the law into his own hands was a catharsis.

The sequel followed several years later from our friends at Cannon. They bought the rights from original producer Dino De Laurentiis, through several million dollars at Bronson to reprise his role and Death Wish II was born.

Michael Winner, who hadn’t had a hit since the first Death Wish returned to the directors chair. He had spent the intervening years trying to get away from the action director, for some reason _ Won Ton Ton The Dog That Saved Hollywood_ didn’t quite hit the mark. So a return to a popular franchise seemed like a good idea; the film setting was moved to LA, Bronson shot more people and beat them up, it made money and the reviews were awful. Again, Bronson’s violent character was made to be the hero and people lapped it up.

Cannon, being a film company that liked money, started work on a third film. Whilst they did produce some more prestigious films, their bread and butter were the cheaply produced action films of which Death Wish was a crown jewell. Winner also returned, having again tried his hand at other film genres which again had flopped.

Death Wish 3 saw Bronson returning to New York (though it was mainly filmed in London) to visit an old friend. As he arrives said friend is murdered by a street gang and Bronson is arrested. In the police station he is recognised by an NYPD lieutenant who remember his previous escapades. Initially looking to lock him him, he soon comes up with the idea of letting Bronson loose so that he can take out the street gang as long as he feeds some info back to the police so they can get some busts as well. Violence, inevitably, ensues.

The problem with the Death Wish films has always been the way that the film celebrates it’s vigilantism; Bronson guns people down without blinking, sure they’ve committed crimes but there’s no balance to the films. The film makes it clear that his victims deserve it but there’s no voice on the other side pointing out that Bronson is just as bad as the criminals he’s murdering in cold blood. There’s one sequence that sees Bronson gun down a purse snatcher which is followed by a huge swell of applause and cheering by nearby onlookers. People literally lean out of windows and punch the air in celebration.

What makes this different from Arnie slaughtering an army to rescue his daughter? Or Norris taking out communists with his twin Uzis? What is it about Death Wish that leaves that slightly nasty taste in the mouth? Bronson himself said that he thought some parts of Death Wish 3 were too violent.

It does get a bit daft. By the end of the film Bronson is walking around machine gunning gang members down before killing the head bad guy with a rocket launcher. As a spectacle it does tick the boxes.

But that scene with the people applauding. That’s the kicker. Arnie killed a lot of people but he didn’t get a standing ovation from a crowd of onlookers, that was our job as an audience. We weren’t told to cheer for him, thats just how we felt. Death Wish 3 goes out of it’s way to make Bronson the hero whilst he goes around acting like a sociopath and agrees with what he’s doing. Thats the problem.