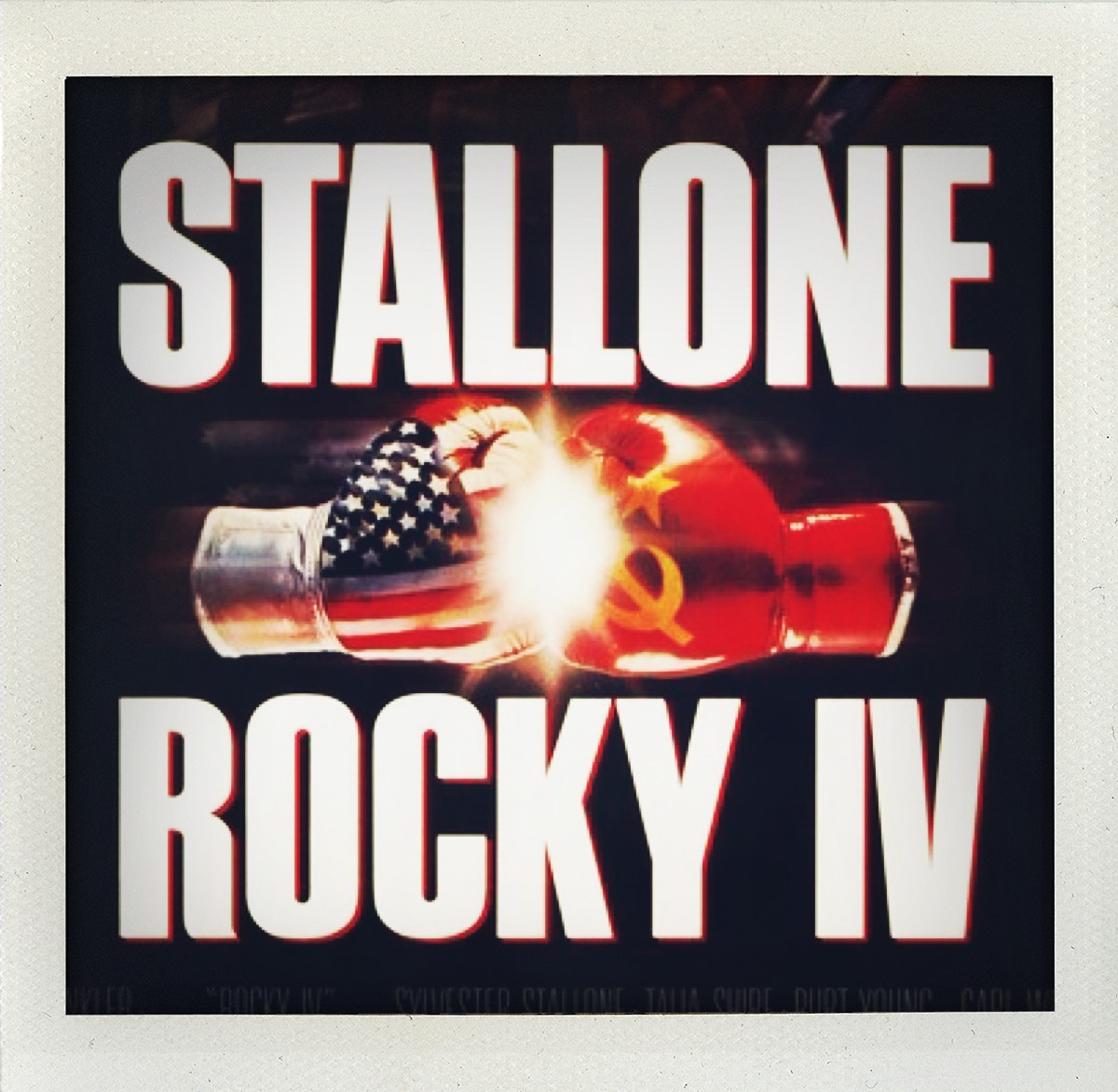 So after Stallone has done his best to save the missing Vietnam prisoners of war, what best to do next? How about solve the entire Cold War? With boxing?

Now, the whole political aspect of sports people is well established. Just google Jesse Owens at the Berlin Olympics, or watch When We Were Kings or One Day in September. Sport can bring people together, hence why various Communist regimes did whatever was necessary to make their athletes the best in the world for decades.

Which brings us to Rocky IV.

Since defeating Clubber Lang in Rocky III, the eponymous Italian Stallion is still the Heavyweight Champion of The World. A Russian boxer, Ivan Drago, appears on the scene seemingly with the full backing of the Soviet government. He challenges Rocky, however he first first fights Rocky’s best friend Apollo Creed. One violent death in the ring later and Rocky is hell bent on revenge, challenging Drago to a boxing match in Russia itself.

It’s the tried and tested Rocky structure: Rocky cuts about the place, bad thing happens, Rocky gets sad, picks himself up with a training montage then goes and punches someone till he wins. What makes this film interesting is the way that it makes everything about the Cold War.

Russians has been the bad guys in Hollywood for years, right back to the McCarthy witch hunts of the 50s. Due to the very real threat of nuclear war, it did make sense to have Russians as villains as well as the whole propaganda angle. This was just on the cusp of ending; in May 1985 Russian president Gorbachev made a speech where he called for reforms in the Soviet Union, which would become his policy of perestroika over the next few years. This would culminate in the fall of the Berlin Wall in 1989, the end of the Cold War and the start of a whole heap of other problems.

Back in 1985, Rocky IV plays up the Russian bad guy angle. Drago is a machine who shows no emotion when he kills Creed. His manager proclaims him to be the pinnacle of Russian superiority. America in the mid 80s was in the doldrums, still recovering from a recession. Blue collar workers were being left behind by the growth of corporate America but they still had their heroes in the media.

If you only give Stallone credit for one thing it’s his ability to tap into that blue collar part of America. It’s a large part of what makes Rambo popular and it is the foundation of the Rocky films.

It’s written large across the screen in this film: whilst Drago trains in a high tech facility, surrounded by teams of trainers and doctors in a vision of the future of fitness training, Rocky is up a mountain lifting logs and living in a shack. He becomes that common man spirit of America, seemingly up against the entire might of the Russian government.

Of course he wins. America always wins, even when they don’t. Rocky even delivers a speech that gets the politicians applauding as he’s draped in the colours of Old Gory itself.

Of course it made $300m. How could it not? The patriotic fervour it generates would attract an American audience like a moth to a flame.

It’s not the best Rocky film, it’s not the worst. It’s still the most successful and you can’t really argue with that. After all, it did end the Cold War and not many films can say they did that.