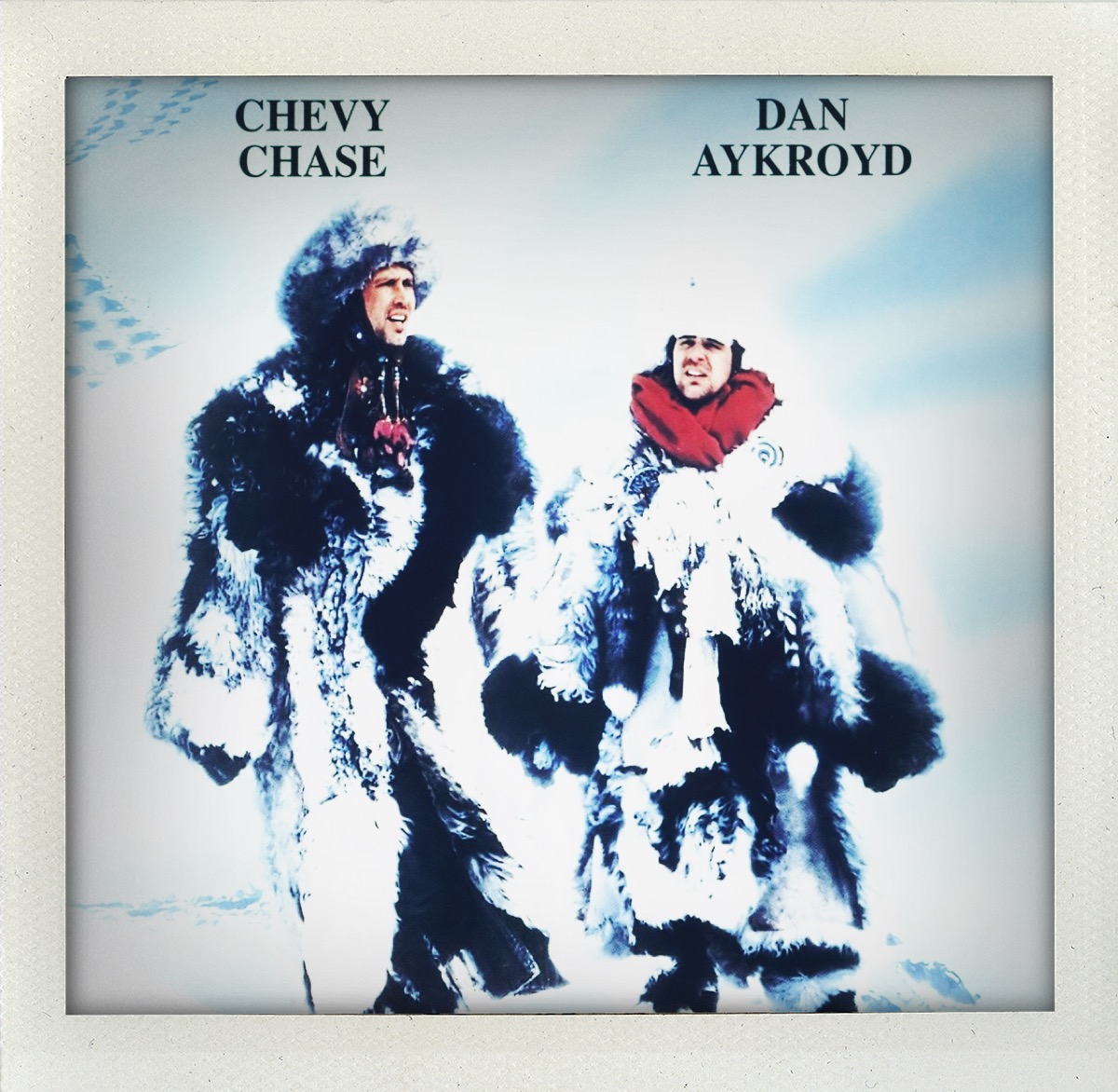 Say what you like about them now, but when this film came out it was a monster pairing.

Chevy Chase. Dan Aykroyd. Directed by John Landis. What would be the comparison today? Ferrel and Sandler and directed by Paul Feig?

Don’t forget, the year previously Aykroyd had been one of the creative forces behind Ghostbusters and the year before that in Trading Places, directed by Landis. Chase himself was coming off the back of National Lampoon’s Vacation. Hell, the film even has a score from Elmer Bernstein which was a stamp of quality in the 80s. Mostly. The point is, to say that there was a lot of box office clout behind his film is a pretty big understatement.

Then why does the film not quite work? Why does it end up kind of being an ending?

Like most of Aykroyd’s early 80s worked, it was originally intended to be a vehicle for himself and Belushi. Like the others it was rewritten, this one to star Chase.

The partnership isn’t one that trips off the tongue. Whilst both were in the original cast of Saturday Night Live, the so called “Not Ready for Primetime Players”, they didn’t have that much history together. Whilst Aykroyd was part of the Second City comedy troupe Chase came up through via the National Lampoon Radio Show. Chase always felt kind of separate from the rest of the SNL cast that took over the world in the early 80s.

The idea of putting these two megastars together does makes sense. The film was suppose to invoke the Road To… movies that starred Bing Crosby and Bob Hope, the latter showing up for a cameo in the film. Like Chase and Akyroyd, Crosby and Hope weren’t exactly known in the same breath but they did have one thing straight from the off: chemistry.

The film is set during the Cold War, Chase and Aykroyd cross paths during a foreign service exam. This ends up in disaster thank to Chase’s level of cheating but they end up being sent on a CIA mission to Central Asia. Unbeknownst to them, they are a decoy for the real mission which is when the hilarity ensues.

The pairing of Aykroyd and Chase never quite clicks. Aykroyd is ostensibly the straight man but Chase plays it that way as well. The spark between them never comes to life, it’s as if both men are waiting for the other to get things going and so it never really does.

Landis should probably shoulder some of the blame but marshalling two comic greats can’t be an easy thing. Chase in particular is followed by tales of his prickliness on set, just see how his time ended on Community.

It feels as if everyone has peaked: Aykroyd would never hit the same peaks as Ghostbusters from the year previously and neither would Chase. He would continue as a box office draw for a few more years before that faded away. Most people from that early 80s heyday would struggle with that transition of the 80s to the 90s; Murphy would, Murray did as well as Steve Martin. Was it a change in culture? Were they left behind by some imperceptible change? Did they become too comfortable and lose that creative spark?

Spies Like Us sums up that feeling. It’s going through the motions, using all the old tricks only we’re used to them. They don’t quite work as well as before.

The film becomes an ending, the sign that he good times are over. A period that changed comedy, that changed movies, is done. It’s time to move on, which would take its cast a few years to realise by which time it was too late. Landis reached his nadir with Beverly Hills Cop in 1994, Aykroyd would be in five films in 1988 that all flopped and Chase?

Almost makes this film look like a classic in comparison.