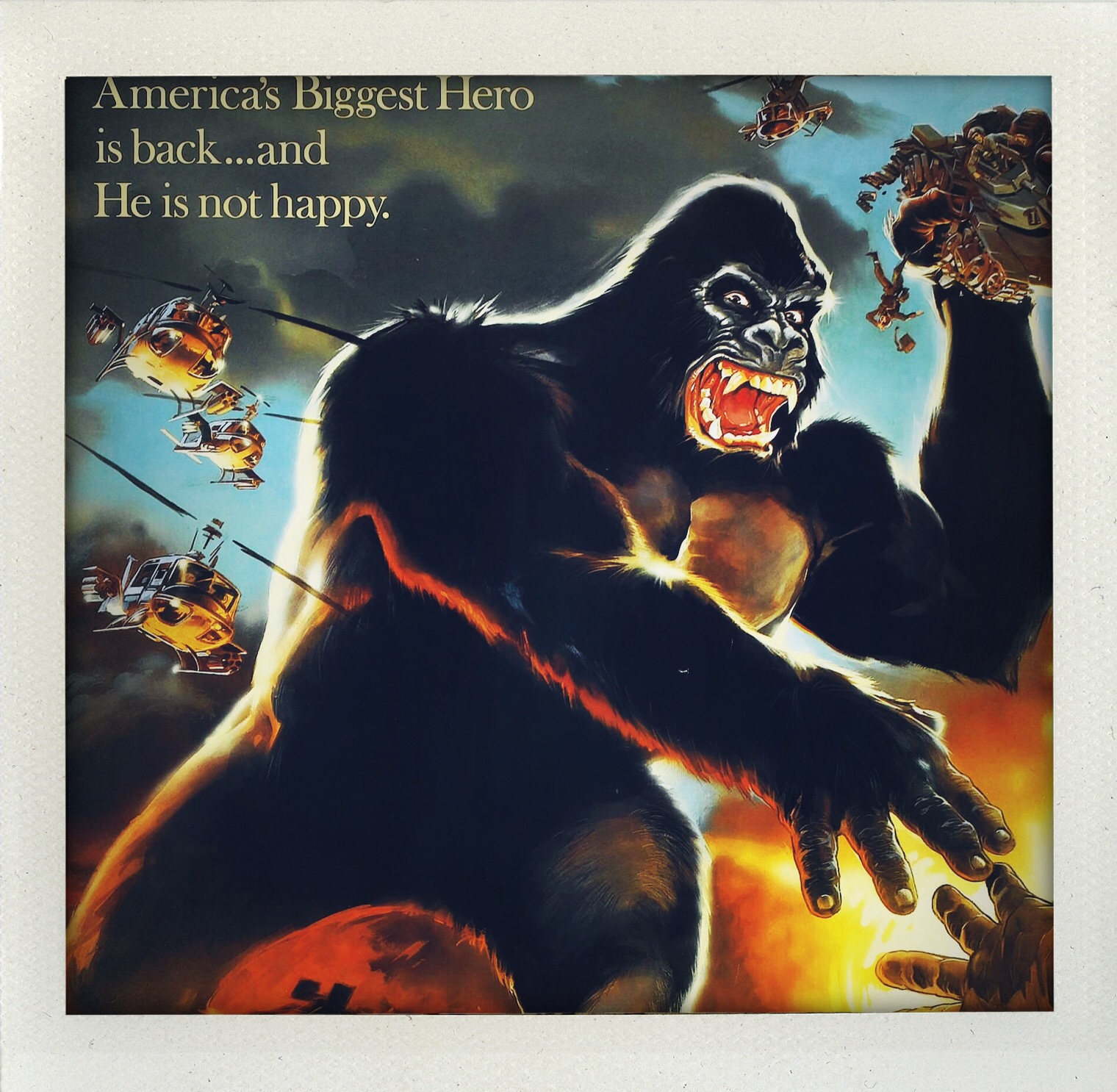 King Kong (1933) is undoubtedly a watershed moment in film history but one that has cast a shadow after all that followed it, mainly by it being a Good Film.

Son of Kong (1934)? Not so much. King Kong vs Godzilla (1962)? Less said about the monkey suit in that film the better. Then we get to the big budget remake, King Kong (1976). A huge budget, Carlo Lombardi produced special effects laden monstrosity of a film. As overblown and ponderous as it’s titular star, despite the presence of a young Jeff Bridges. And the less said about the lying poster the better.

Still, it made money both in the cinema and for the TV rights. The biggest surprise is that it took so long for a sequel to show up.

Maybe it’s because the idea for a sequel is fundamentally daft: Kong actually survived the fall from the World Trade Centre. No, really. He’s been in a coma for ten years and now, apparently, needs an artificial heart. Only the operation can’t be performed because there isn’t a blood donor big enough to get Kong through the procedure. Unless theres another giant monkey knocking about in jungle somewhere…

Well, there is and it’s also a Lady Kong which mean we get some Kong Love, a Kong Pregnancy and a Kong Escape with an army in hot pursuit.

However, it’s the rubbish that almost goes round around the corner to become watchable again. The director of King Kong (1976), John Guillermin, returns for the sequel despite the rough production of the first film.

His career went back to the fifties and covered most genres out there. From working in Britain he ended up making his name in Hollywood with Tarzan’s Greatest Adventure (1959). From there he ended up on the definitive big budget disaster movie The Towering Inferno (1974). He was well known for exploding on set coupled with a drive for perfection, something that happened between him and Dino De Laurentiis on the set of King Kong and continued with everyone else on King Kong Lives. The death of his son three years earlier was still affecting him, leading him to walk off set for days meaning that crew had to pick up the baton to complete the film.

This may explain the shifting tone of the film, going from campy to near horror to just plain daft. Kong is alway supposed to be sympathetic, the monster being abused by man in a world he doesn’t recognise, which is captured at the end of the film almost perfectly; the dying Kong reaching out to his newly born son is a touching image.

Less so is the scene chewing General Bad Guy (“We should have no problem identifying the enemy, they’re approximately 50 feet tall, and they’re wearing their birthday suits.”) who chases Kong with bullets and tanks and snarls.

It’s a properly stupid film, the kind that you wonder got made. It’s far from the worst sequel ever made (thats to come in a couple years wearing a red cape with it’s pants on the outside) but thats not exactly a high bar. No, King Kong Lives is just a film to watch and laugh at, a low point for a character that otherwise did so much to change cinema.