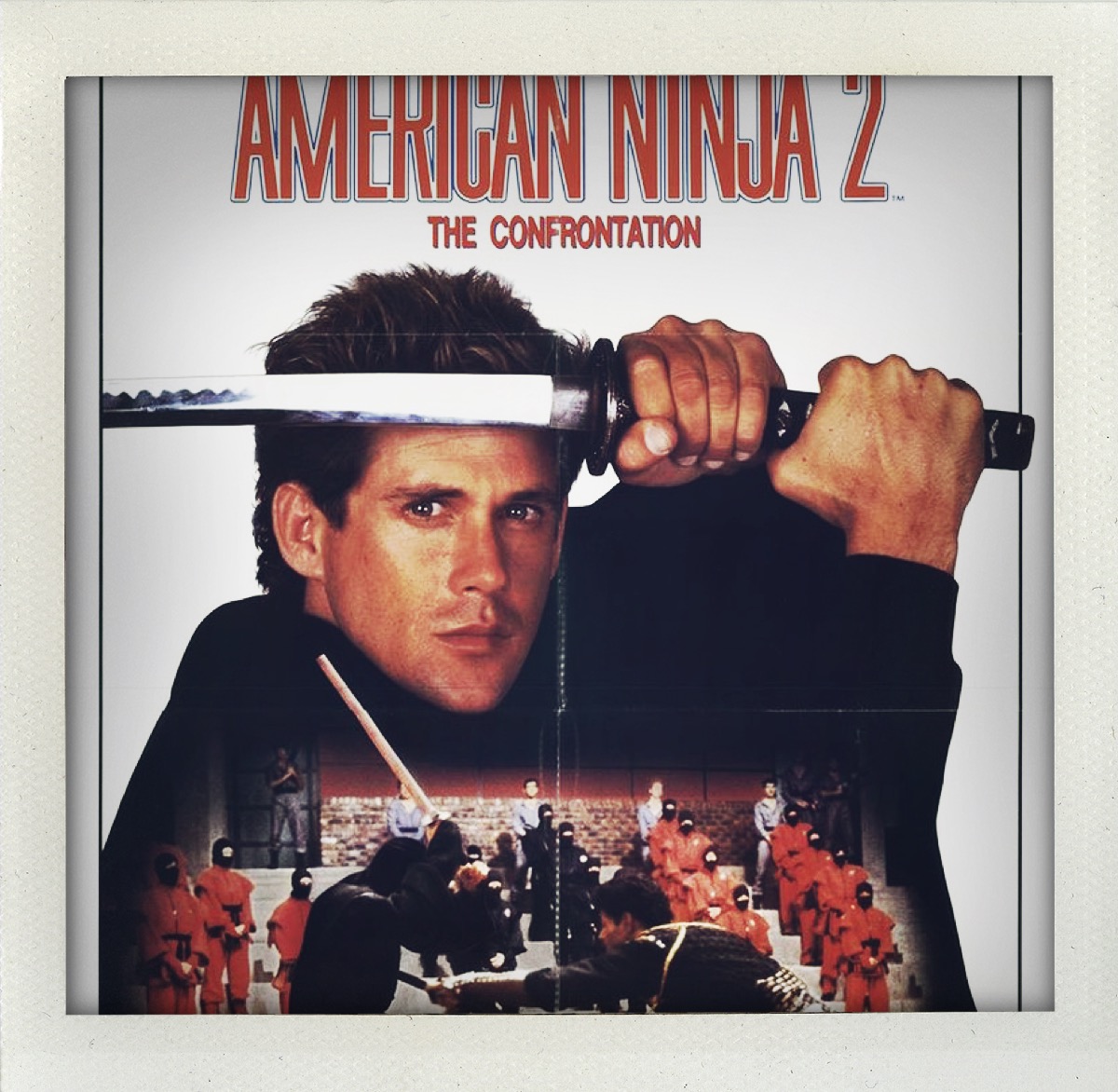 Ninjas, right? Coolest thing in the world, am I right? This is proven by the amount of films with Ninjas in the title:

American Ninja was one from the Cannon Films stable that rode this wave of Ninja films. It wasn’t a huge success but it made enough to get itself a sequel, American Ninja 2: The Confrontation (1987).

So, the American Ninja himself Joe Armstrong (Michael Dudikoff) is back only now an Army Ranger, along with his best pal Curtis Jackson (Steve James). They are sent to an island in the Carribbean to investigate why Marines have been vanishing. Turns out they’re being kidnapped by an evil criminal mastermind who plans to turn them into Super Ninjas in a plot for world domination.

You can see why this would be a cult hit; it’s just daft from beginning to end. Quite why two Army Rangers are sent in to investigate a kidnapping but thats pushed out of your mind by the time we get to the scientist talking about replacing people’s muscles with steel.

It doesn’t quite get away with the change in tone. There’s this domino theory that if you want your audience to accept what you’re showing them you have to lead them there step by step. Take Ghostbusters (1984) for example. The film doesn’t lead with Stay Puft or Terror dogs, it starts with a scary ghost and a weird fridge and builds from there.

So the problem with American Ninja 2 is that we have ninjas fighting and stuff, which is fine, which then jumps straight to DNA re-sequencing. Now, don’t get me wrong, this is the kind of film I’m all for. You’d hardly have to sell me on a rampaging squad of evil Super Ninjas going one on one with the US Military. But to get there via an overlong comedy bar fight seems like, at best, a bit of a misstep. It’s because of switches like this that the film barely hangs together so can’t do this admittedly great premises anywhere near the justice that it deserves.

It’s not for the want of effort: everyone buys in and sells the script giving it their all, despite Dudikoff being little more than a scowl with a decent haircut. The action is alright at best, the problem being that there’s no Hong Kong stunt team brought in to make everything look really good.

The director, Sam Firstenberg, wasn’t exactly a stranger when it came to these kind of films being that he directed three of the ninja films mentioned earlier. He was also responsible for launching a thousand annoying internet headlines by helming Breakin’ 2: Electric Boogaloo (1984). And yeah, he can put a film together but can he make it great? Nope.

But all that is kinda not the point because this, more than most anything else we’ve looked at so far, was a perfect film for it’s time. If there is any film that can represent the video library market of the mid-eighties then it’s American Ninja 2: The Confrontation: there’s a dude with a sword on the poster, it has ninja in the title and it had a good solid 18 certificate on the cover.