0600 – Movies4Men – It may not have the impact it may have had, but this is still worth a watch so you can compare and contract to the masterful John Carpenter version 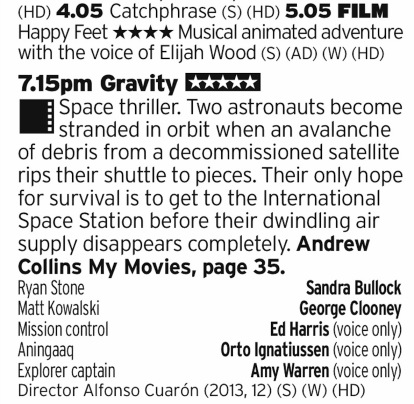 1705 – ITV2 – An interesting double bill here, first with what George Miller was up to rather than making Mad Maxes then a great space film with

1720 – BBC2 – If the sight of Arnie in a Christmas film didn’t bring out the Festive Cheer in you then this film sure as hell will. A bunch of kids going a nativity for Christmas all wrapped up in a love story? Good Lord 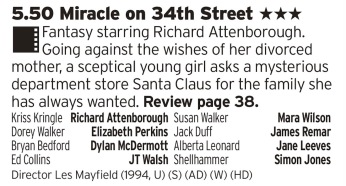 1750 – Channel 4 – Jesus, if this isn’t the day for Christmas films, and they don’t get much more iconic that this one mainly thanks to Richard Attenborough’s Santa beard

1835 – Sony Movie Channel – Of course, there’s always time to chuck Christmas in the bin and imagine a world where this film was a big as Batman

1855 – Movies4Men – Well, if this isn’t just the day for cult classics. Come for the daft time travel story, stay for the bonkers theme tune

2200 – Channel 4 – Yes, yes I know, the whole thing about this being a Christmas film is getting a bit overplayed but it still remains that this is a cracker (pun intended) of a film

0140 – Sony Movie Channel – Complete your Alex Baldwin double bill with this great, taut thriller which pairs Baldwin with Anthony Hopkins as they try to survive in the woods and fight off a bear. Oh yes.