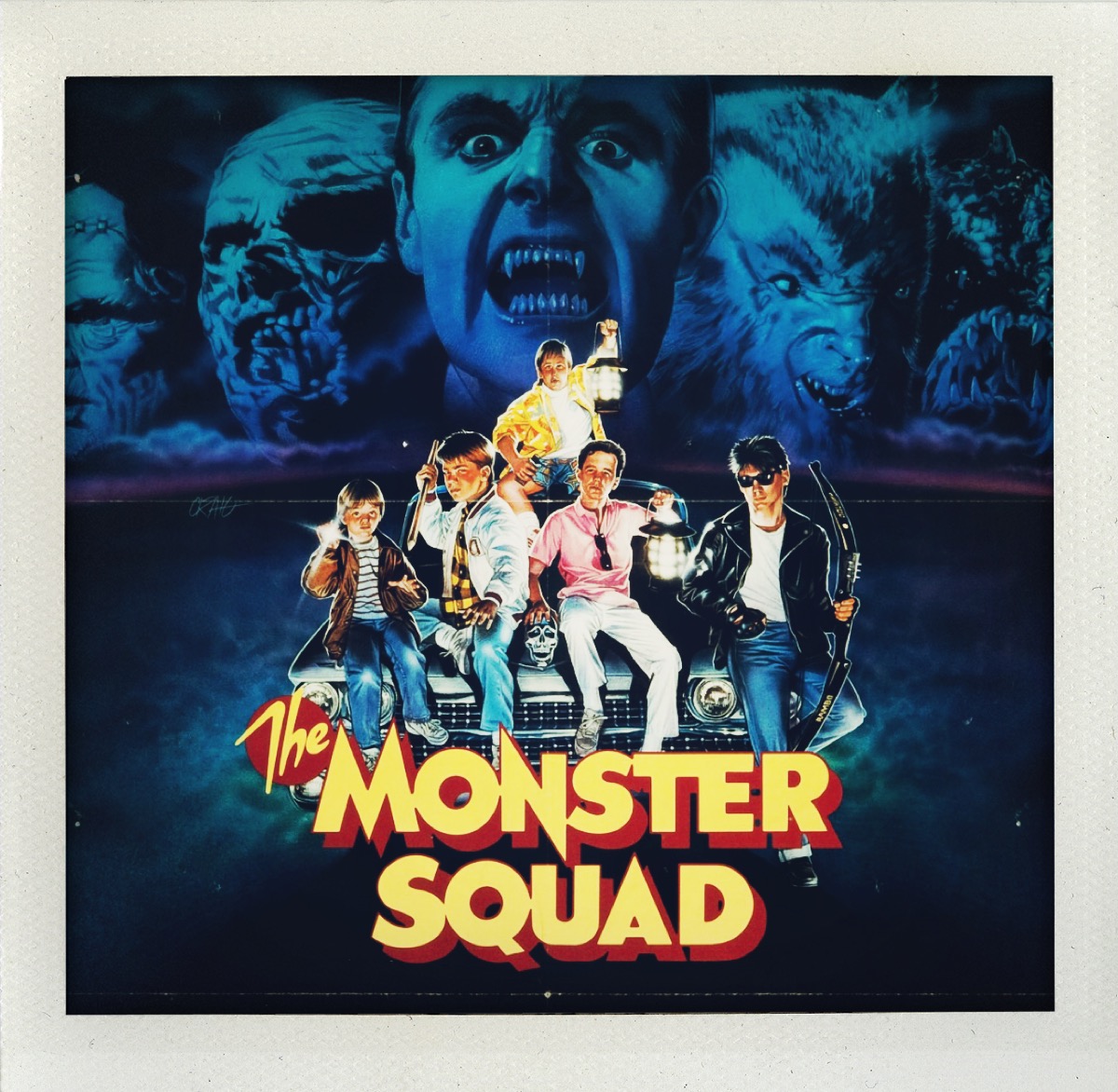 Release Date: August 14th
Box Office: $3,769,990
Shane Black, like him or hate him, really did help change the game when it came to screenwriting. He still has the second most expensive script ever after bagging $4m for The Long Kiss Goodnight (1996) and by this stage of the 80s had already made his mark with the genre redefining action thrillers with Lethal Weapon (1986).

But action films weren’t the only genre that he was working on, oh no. He also took a run at mashing up horror films with buddy comedies and The Goonies (1985) style adventure films with The Monster Squad (1987).

Now, we have already had one go at vampires this year with The Lost Boys (1987), a film that helped point the direction for where Vampire films were going to go. That is, lots of brooding and teen angst. Monster Squad takes a different run at it by jumping straight into the Universal Monsters lake.

The Universal Monster films are all from a sequence of releases from the 30s and 40s. They are immensely important works because each one essentially defined a Monster in popular culture pretty much to this day. Why does Frankenstein’s Monster have a flat head and bolts in his neck? Because of Frankenstein (1933). Where do most of the rules about killing Werewolves come from? That’ll be The Wolfman (1938). And why does Dracula have a cape and widows peak hair? Because of how Bela Lugosi played him in Dracula (1931).

Those images seared themselves into popular culture in a way only a few things do, which is how we end up with The Monster Squad using these archetypes.

The film essentially picks them up out of the old films and drops them into (then) modern day America. The film’s plot revolves around an amulet that, one day every so many years, can be destroyed. This amulet can also be used to banish evil from the world which is why Dracula would quite like to destroy it and the good guys want it safe. After Van Helsing fails to banish Dracula the last time this opportunity came along, Dracula lays low till he has another chance to destroy it.

Once he gets to America he gets his pals together; the Creature From The Black Lagoon, Frankenstein’s monster and a brand new Wolfman. All of these take their look from the original films but are given a new sheen thanks to makeup effects maestro Rick Baker.

The only people standing in the way of The Monster are the eponymous Monster Squad, essentially a bunch of kids. In true Spielbergian fashion, none of the adults believe their story so it’s up to them to sort things out themselves. This is where things start to get a bit post modern: like in The Lost Boys all of the Squad’s knowledge comes from comics and movies. Because how else do you find out how to kill a Vampire?

This is where you get the real Shawn Black-ness of the film with the banter between the various characters. Each one falls into a typical stereotypes of the times (the older bad boy, the fat kid, the nerd etc) but each is given about to them so that they can stand out a bit.

This is also where we hit a bit of a problem with the film with its tone. It’s a horror comedy action mashup but manages to fall between all of these stools. Rather than supporting each other, each tonal aspect of the films tends to undercut the other. So a good scare will have its knees chopped off by a joke and the action has to stop to work in some horror. It’s not bad, it’s just not quite the full sum of its parts. You could compare it to Shaun of The Dead (2005) to see what happens when this works. In that film, the horror makes the jokes funnier which helps with the romance side.

Fred Dekker, as co-writer and director, shouldn’t be chastised for this because what is there is really good. The characters are great, it’s funny and scary enough for you to have a good time. But you can feel that it somehow could have been more.

This maybe explains why it didn’t hit with audiences straight away, instead taking the VHS rental market to make it a cult hit. Yes, the studio did a bad job of marketing it, which they always tend to do with this cross-genre films, but that doesn’t always stop a film from making it big.

The main thing is that film stands as a great piece of work. It works as a companion to the old Universal films (maybe the longest gap between shared universe films?) and doesn’t tarnish the legacy of them at all.

The Monster Squad isn’t the best work of anyone involved but it still remains a great film.